Natural Resources and Energy Security in the Arctic: Geopolitics and Dialogue In, Across and Beyond the North Calotte 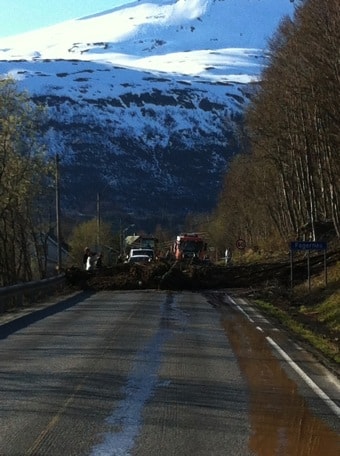 The Calotte Academy (CA), an annual international roaming symposium traveling across borders and communities of the North Calotte (Euro-Arctic/Russia), was organized this year for the twenty-first time, as part of the Northern Research Forum's (NRF) main academic activity. The CA aims to foster dialogue among members of the research community, PhD and graduate students and other northern experts as well as local stakeholders. By bringing together researchers from different backgrounds and countries, as well as regional actors, policymakers and representatives, the Academy aims to initiate, produce and disseminate ideas, debates and outcomes into local and regional planning and policy-making on issues in relation to the North(s).

This year's CA took place in mid-May (16-23) with a thematic focus on Resource Geopolitics – Energy Security. The Academy, with participants from the North Calotte as well as from elsewhere in Europe, Russia and Canada, consisted of altogether 12 sessions/workshops held in Rovaniemi and Inari (Finland); in Tromsø (Norway); and in Abisko and Kiruna (Sweden).

The sessions included about 40 presentations and hundreds of questions and comments and lively discussions between participants which often continued during the long hours spent travelling together in the bus from one location to another in the (record) warm spring weather of the North Calotte1. Alongside the sessions, short field trips and evening cultural events were included in the Academy programme. For example, the international group of participants got a chance to visit a reindeer farm and research station in Lapland where they met with herders and local scientists; explore the stunning nature and landscape of the Abisko National Park in Sweden's Norbotten; and swim in the freezing waters of lake Inari (Finland's third biggest lake) after bathing/sweating in a Finnish sauna by the lakeside after a long day's work!

Not to forget the unexpected delay near Tromsø where a (small) landslide had halted for several hours all traffic coming in or out of Norway's largest Arctic city and home to the Arctic Council Secretariat. As the CA is a very flexible traveling symposium – where unexpectedness is always part of the program – the international group took advantage of their layover in this unique Arctic traffic jam and setting to meet with local residents who were equally stranded on the road.

Like every year, presentations in the CA sessions took a holistic view addressing not only the topics of 'resource geopolitics' and 'energy security', but also discussing and problematizing the notions of energy, resources, geopolitics, and security on their own. In the context of energy issues, both hydrocarbons – i.e. oil and gas – and renewable energy sources such as wind were focused on; in terms of other natural resources, especially questions related to emerging mining activities in the Euro-Arctic were high on the agenda. On this issue, North Americans, Russians and Europeans initiated lively discussions on the different mining cultures across the Arctic, and addressed social-economic and environmental issues relating to mining extractive activities in the North. In general, energy and resource questions were addressed on several scales and levels; while some presentations took a case study focus on a particular energy project, mine, municipality or region, others looked at these questions at the broader state level. Other topics covered debates surrounding the growing extractive industries in various areas of the Arctic; social and environmental dimensions of Arctic development, impacts on rural communities and Sámi/indigenous cultures and lifestyles, as well as issues linked to availability and affordability of natural resources. 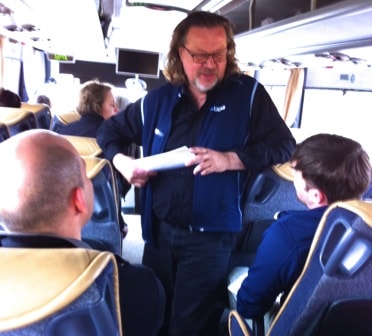 While some presentations took an explicit focus on more theoretical discussions on notions such as security and risk, others adopted a more concrete case study approach to the issues. One of the main conclusions coming from these sessions is the inescapable complex nature of the concept of security as well as the need to move away from negative understandings of security as freedom from fear towards more positive articulations of the notion; moreover, the need to look at security issues in different local contexts and case studies and in terms of practical solutions/policy recommendations was underlined. Different case studies that were addressed during the geopolitics and security sessions ranged from search and rescue to food and health security and oil spill prevention, each providing concrete examples of how security issues and different understandings of security and geopolitics are profoundly intertwined into questions of resource development both in local, regional and global contexts.

It was made clear during the discussions that natural resource developments/projects and security questions in the North cannot be addressed independently from broader issues related to Arctic governance. Indeed, impacts from these economic related activities raise increasing concerns locally and regionally. Questions related to the roles of different "traditional" actors (i.e. Arctic states, Arctic Council) as well as emerging actors such as Asian states like China, state-owned and private corporate actors were either explicitly addressed or briefly touched upon in several of the presentations. In a similar manner, in the roles and rights of indigenous peoples and local populations in decision-making were discussed and addressed at several occasions in the Academy.

Furthermore, many participants also repeatedly raised issues and questions relating to knowledge. In the context of the North Calotte and the Arctic as a whole, knowledge has a crucial role in the decision-making process leading to sustainable development in northern communities. Presenters highlighted the need to explicitly acknowledge the existence and value of different forms and sources of knowledge, both from the 'scientific' community as well as 'indigenous' peoples. Many presentations also implicitly dealt with the question of dissemination of knowledge not only within the political institutions and between decision-makers, but also inside and across communities where locals are living and experiencing the changes and impacts brought on by a wide range of planned resource development (i.e. new windmill projects in northern Sweden or increasing mining activities in northern Finland and northern Québec). 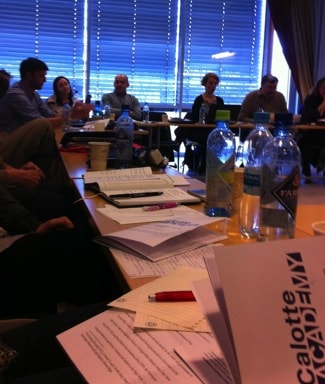 As a whole, the presentations given during the sessions organized in 4 cities in 3 different countries (Finland, Norway and Sweden) highlighted the need for continued dialogue between different actors and stakeholders, different disciplines and different viewpoints in addressing the existing and future issues and concerns brought up by natural resources, extractive industries and economic developments across the changing landscapes of the North Calotte and the circumpolar north. Sharing knowledge at multiple levels and across borders can certainly have positive impacts on policy making locally and regionally. The Calotte Academy's philosophy is to foster cross-border/international discussions and produce the most suitable environments between different stakeholders to produce ideas by increased dialogue. This goal was attained once again in 2013.

Next year's Calotte Academy will take place in early June 2014 as a travelling symposium in Finland, Sweden and Russia with a focus on "Arctic Sovereingties: Actors, Scales & Concerns" (tentative title). The call for papers for CA14 will soon be online on the Arctic Yearbook website.

More information on the Calotte Academy and the Final Report of the CA13 including abstracts of all presentations and summaries of all sessions, are available at the Northern Research Forum website (www.nrf.is). The CA is an open workshop for participants coming from around the world, having different academic or non-academic backgrounds, wishing to contribute to the ongoing process of Arctic dialogue.

1. For example, the BarentsObserver had reported that "It has been the warmest May on record in the Barents Region with a peak of 29 degrees Celsius in Kirkenes a few days before the Prime Ministers arrives to mark the 20th anniversary of the Barents Cooperation." See Thomas Nilsen. (2013, 31 May). "A very warm welcome to Barents Summit." Barents Observer. Retrieved 9.10.13 from http://barentsobserver.com/en/nature/2013/05/very-warm-welcome-barents-summit-31-05.

Organizers and participants of the 2013 Calotte Academy wish to thank the Nordic Council of Ministers and other major sponsors that offered generous financial and logistical support for this year's edition.