When the first Assembly of the Arctic Circle, a new venue for international dialogue and cooperation, gathers in Reykjavík, the Arctic Yearbook 2013 will reinforce the emerging global relevance of the Arctic by highlighting issues and challenges which the arrival of new Arctic partners, leading states in Asia and Europe, brings to the table.

Whereas the Arctic was for centuries mysterious and isolated, being throughout the Cold War one of the most militarised regions of the world, towards the end of the 20th century it became an arena for constructive and positive cooperation among the eight Arctic states. The early years of the 21st century are now making it the new global playing field where countries in Asia, as well as continental European states, have arrived to advance their scientific, economic and political interests.

In May of this year the ministerial meeting of the Arctic Council in Kiruna confirmed this transformation by expanding the number of observer states. From now on more than ten of the largest economies in the world will be represented in one way or another at the Arctic table.

As we move forward with these new partners, and more wide-ranging issues come on the Arctic agenda, it is of the utmost importance to maintain the essence and established qualities of Arctic cooperation, which both the Arctic Council and a multitude of Arctic organisations, institutions and associations have helped to develop.

Three of these are especially relevant:

First, to maintain the culture of open dialogue and the informal style of deliberation and enduring personal friendships and mutual respect which have made the Arctic Council and other Arctic venues so successful in recent years. When new partners arrive on the scene, who perhaps are used to more formalized and bureaucratic diplomatic encounters, it is important that they adjust to our productive and practical Arctic culture of achievements.

Second, the pre-eminent role of science and research in Arctic policy-making must be maintained. Knowledge, based on expert advice and scientific projects, has been the foundation of Arctic decisions and a guiding principle in making Arctic cooperation so successful. The search for facts and scientific evidence has been more important than displays of political and economic power.

Third, in the dialogue within the Arctic Council, indigenous peoples and their organisations and representatives have been a significant part of the process, emphasizing an open and democratic approach to our common Arctic future. No other international cooperation among states has in recent years been so respectful of indigenous peoples, their traditions and interests.

These three dimensions have been of key importance in the success of Arctic cooperation and must be maintained effectively in the coming years. They are to some extent the "Arctic House Rules" which I am sure our new visitors and partners will gladly respect.

It is therefore of great importance that the Arctic Yearbook is now committed to evaluating this historic transformation: the process of turning the mysterious and isolated Arctic of previous times, the arena of constructive cooperation among the eight Arctic States, into the new global playing field of economic and political interests where all the most powerful countries of Europe, Asia and North America are represented in one way or another.

The Yearbook, which is this year devoted to how the Arctic of Regions meets the Globalised Arctic, examines the nature of this historic crossroads from different angles. It thus contributes in significant ways to the most important transformation the Arctic has ever encountered, demonstrating how science and scholarly dialogue are, and must be, guiding principles of Arctic cooperation and introduce our new partners to an important tradition, the foundation of successful Arctic cooperation. 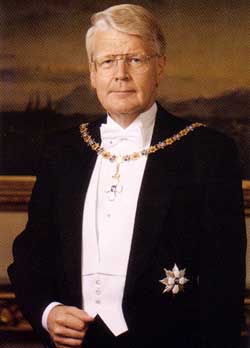